It is never too late to start over.

Ray Brougham is always ready to pivot and do whatever is necessary to advance his professional life; this trait led him to establish Rainhouse Manufacturing Canada Ltd in 2001. 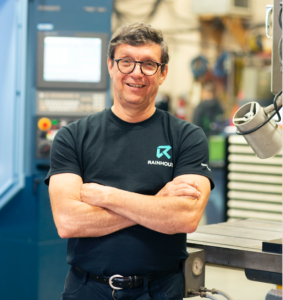 Ray worked as an industrial mechanic in the forestry industry in the 90s. Although he was pleased with his work, after a few years of working closely with engineers, he was determined to do more and decided to pursue an engineering degree. He certainly had doubts about going back to University and changing professions at 39 years old, but in 1995 he ignored those doubts and enrolled at the University of Victoria to become a mechanical engineer.